Opa - Where did you live growing up?

My mom, Marge, wrote  “Times Past & Present – History of Houses” in which she tells about the houses she and dad have called home.

Here is her story in her words:  (Dick refers to my dad, Richard and Ricky is the name I was called until I entered college)

“Times Past & Present – History of Houses” by Marge Cohrs

We paid rent of $30.00 per month including heat. Rent was raised to $32.50 per month. Formerly a funeral parlor, it was converted to 6 apartments. We had 2 rooms plus a dressing room (became Rick’s room – moved the crib into the kitchen, where we showered) plus a back porch with a swing. Dick commuted to college and work on the Blue Bird Bus 2 blocks away. Rick was born in 1948 at Westlake Hospital, Melrose Park, IL.

We had 5 rooms on the first floor of an old farm house. House faced Butterfield Road. House was part of the salary. Lots of acreage around it. Dad worked as a bookkeeper for Hawthorn Melody Farms. Rick had a real room – we had our own bedroom and when Randy was born at Condell Hospital in Libertyville, ILL he had his own room. We all enjoyed the country and all the room.

Bought our first home for $12,500.00 - $200 down – a new Cape Cod with an unfinished attic. Dad still worked for Hawthorn Farms – then later got a job at Johns –Manville in Waukegan, ILL. Dan was born in 1955 at Condell Hospital in Libertyville, ILL.

We moved to Long Island because dad was transferred to headquarters of Johns-Manville in New York. We gave the house in Round Lake Beach back to the builder and rented a house in New York on the island - $350.00 a month for a brick Cape Cod right across the field from Mitchell Air Base.

After 2 years in New York Dad was transferred back to Waukegan, ILL for Johns-Manville as Assistant Finance Manager in the pipe division. House was new in a new subdivision about 4 blocks from downtown Mundelein – a 3 bedroom ranch – no basement – no garage. Rick had his own room – Randy and Dan shared one – price $16,900. Kids could walk to school.

Moved to the other side of town – Mom worked at the Village Hall and we purchased the house from June Peterson (who also worked there) for $22,500 – a custom built redwood raised ranch complete with huge oak trees and wild flowers. We all loved the creek in the back yard and the many birds attracted there – and we had two bathrooms.

Personal Note: I was married in August, 1966 and moved out. Mom continues her story with the houses she and dad lived in after I moved out.

Dad was transferred to World Headquarters and we moved to Colorado. Bought a split level house for $51,500 – with 2 ½ acres right on Belleview Avenue. Dad fulfilled his dream of a farm – got all kinds of animals. Randy moved to Denver with us. We (with help from Dan & Randy) converted the garage into a small antique shop called the Painted Pony. It was fun while it lasted.

We moved into a new house approximately 1 mile south of our Belleville house. Mom could not cope with the stairs anymore – moved into a 3 bedroom with basement ranch. Dad had to start all over with the landscaping – even put in a fish pond. Hopefully this is our last move.

Houses - Then and Now 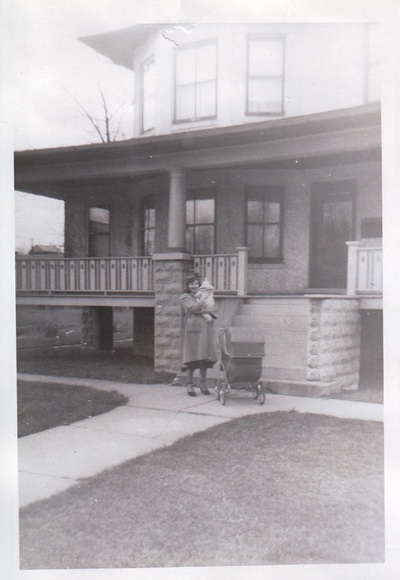 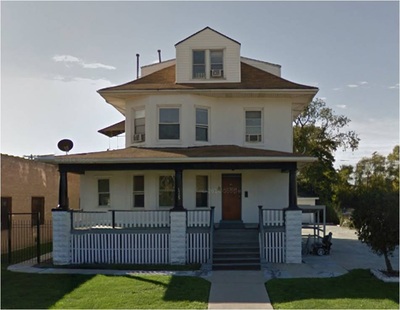 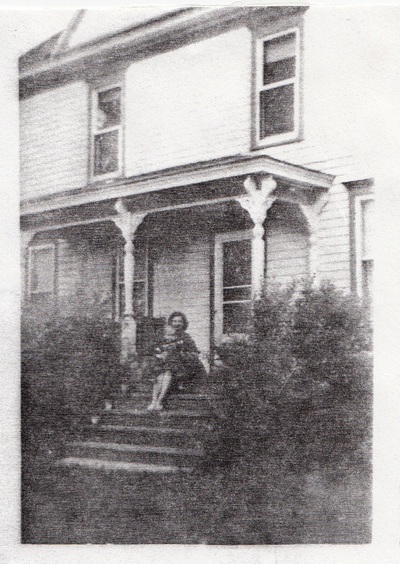 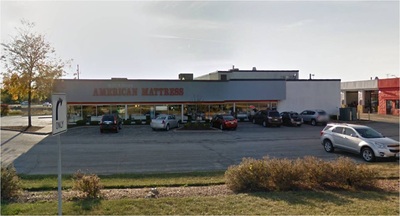 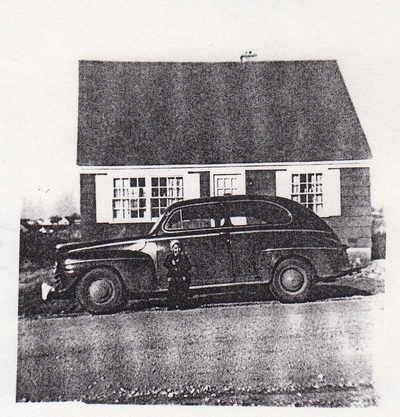 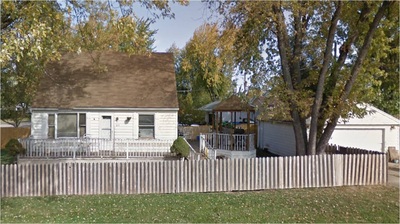 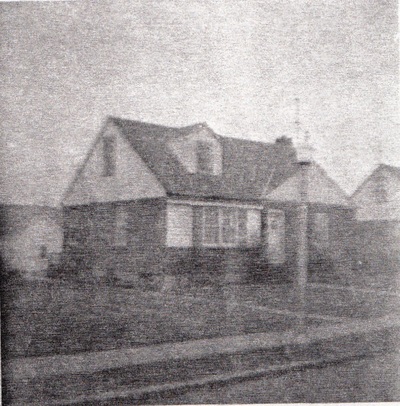 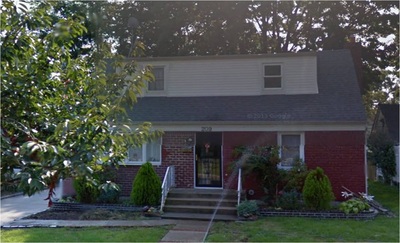 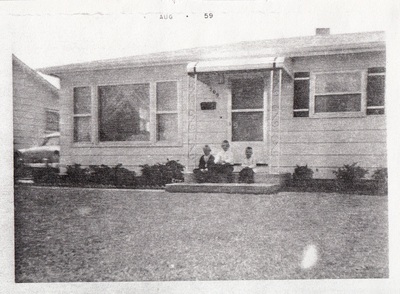 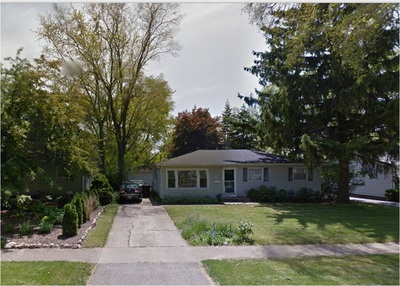 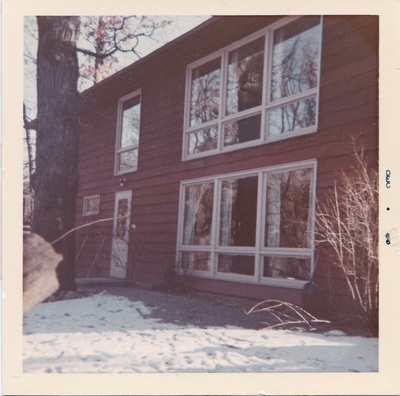 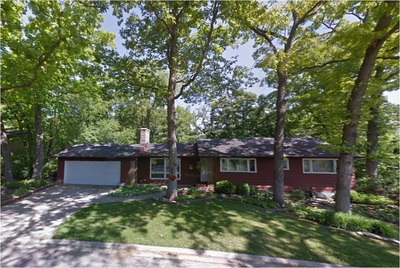 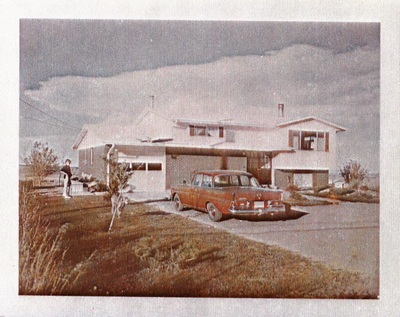 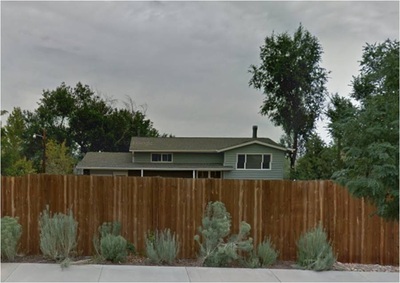 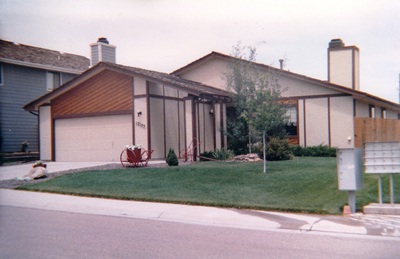 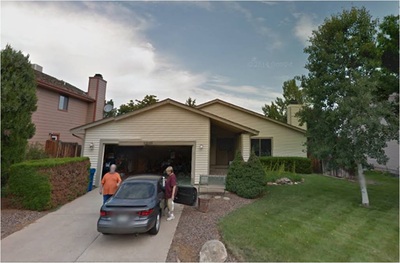