November 10, 2004: Tiberias, the Sea of Galilee and Capernaum

The sun shone brightly through our window this morning as we awoke in Tiberias. We woke before our 6:15 AM phone call. The breakfast buffet was filled with all types of fruits and vegetables, including olives. There were made to order omelette's, hard boiled eggs, rolls, breads, cereals and plenty of juice, coffee, and tea.

We boarded the bus for our ride north. Our first stop was at the Tell Hazor. This was an ancient Canaanite city that had been destroyed and rebuilt by King Ahab. He fortified the city against all attackers by building a large defensive wall, storing food, and digging a massive water cistern that could supply the city against any siege. We walked down to see the cistern. There were 185 steps down to the bottom of the structure. We viewed the remains of the ancient pagan temple with an idol erected in the center, city gate and other buildings. We studied an ancient olive press and learned how olive oil was squeezed into three types, the virgin oil that was used for the temple lamps, cooking oil, and the oil that was called "œlye" that was used for soap.

We continued north and passed the Hula Valley to our west. This former swampy area was drained to prevent the spread of disease. It is now very fertile farm land with many groves of fruit trees, vegetables, and other crops.

We visited Caesarea Philipi, the place where Jesus asked His disciples, "Who do you say I am?"(Matthew 16) This area was made famous for the pagan shrine to the Greek and Roman shepherd god, Pan. The springs from this area eventually help form the River Jordan.

We soon entered the Golan Heights, the region on the border between Syria and Israel. One clue of the friction in the area was the signs on the border fence that cautioned, "Danger, Mines."The Golan Heights is a mountainous region on the western side of the Sea of Galilee and was inhabited by the Gentiles in the time of Jesus. It is large, 45 miles long and 15 miles wide. It was here that Jesus cast out a legion of demons into a herd of pigs. (Luke 8)

Coming down out of the Golan Heights brought us to lunch. We ate in a very small roadside cafe with outdoor seats. We had a hamburger pita sandwich that tasted very good. We drank Mango juice and strawberry juice.

After lunch we drove to Tabgha, the site of the feeding of the 5,000. (Matthew 14). We visited a recently built church that enclosed the rock where tradition says Jesus laid the fish and the bread before He distributed them to the crowd. This new church was built over the ruins of an older church with beautiful mosaic floors. One famous mosaic depicts the miracle.

We visited the site on the shore of the Sea of Galilee where Jesus appeared to His disciples after His resurrection. This is the place where Jesus asked Peter, "Do you love Me?"
(John 21)

We drove to Capernaum, the home of Peter and his family. It is here that Jesus stayed, healed Peter's mother-in-law and healed the lame man who was lowered to Him from the roof. He taught in the synagogue. The foundation stones of this building are still visible today.

We then drove to the Yigal Alon Center on the grounds of the Kibbutz Ginosar. The center contains the remains of a 2,000 year old wooden fishing boat discovered under the waters of the Sea of Galilee. The boat is believed to be the type Jesus would have used.

The day ended with a boat ride across the Sea of Galilee. We had devotions and sang songs on our voyage. The hotel dock was a welcome site. We disembarked for dinner, bed, and packing for our trip to Tel Aviv in the morning. 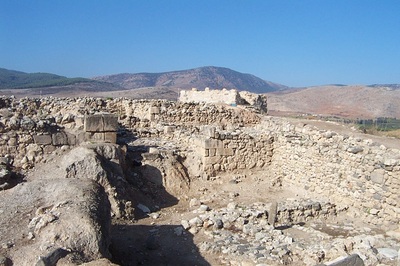 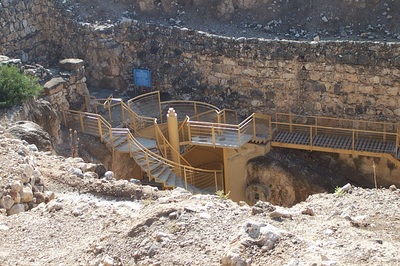 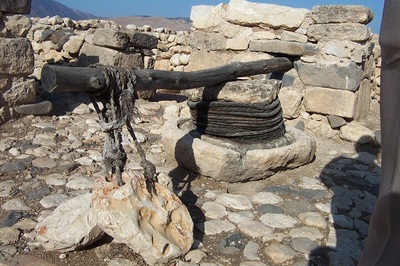 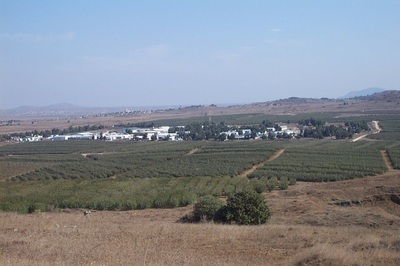 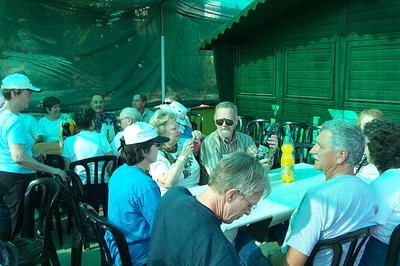 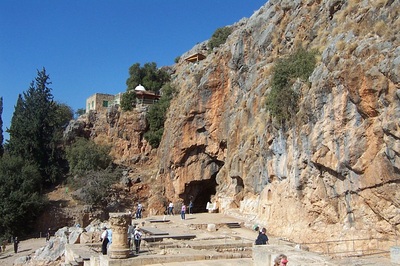 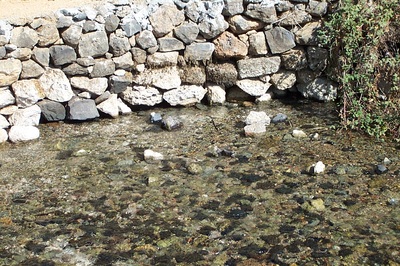 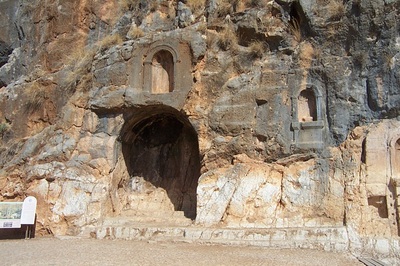 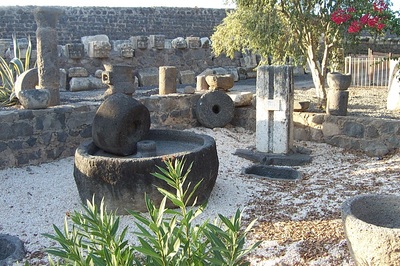 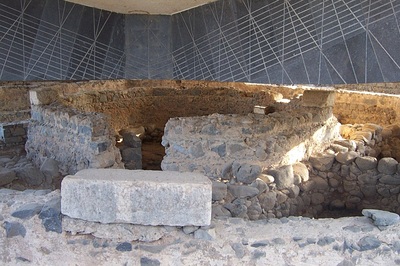 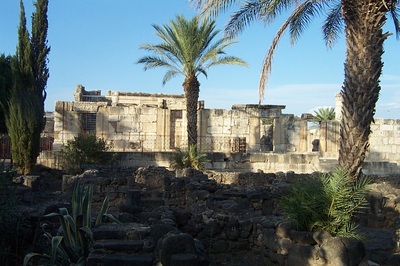 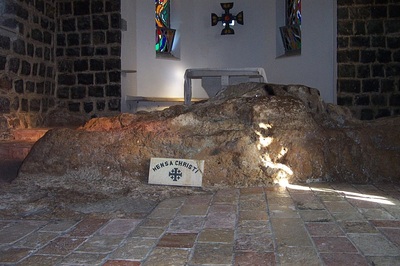 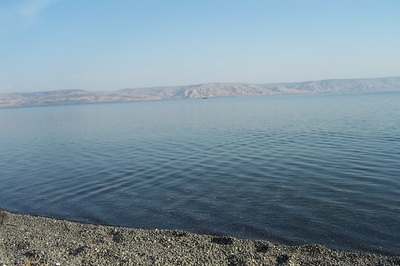 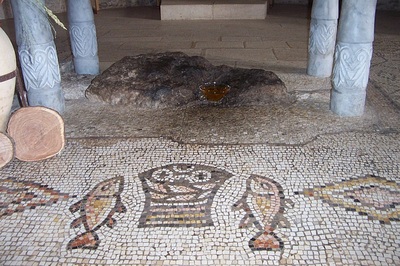 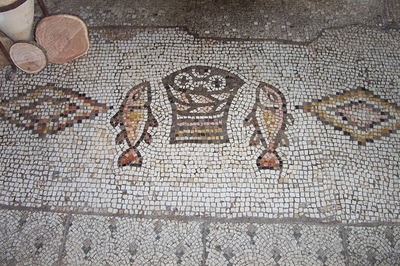 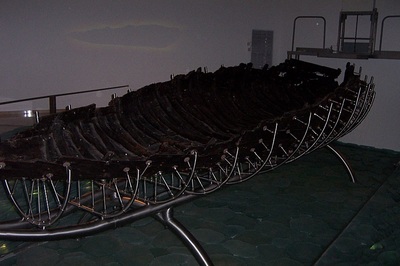 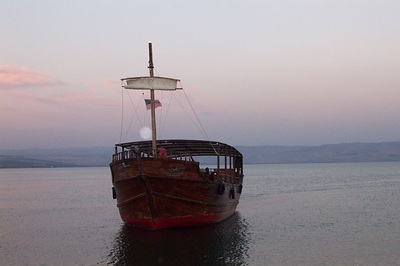