Since 1967, Rich has had a Boston Cream Pie for his birthday. Some years he had a store cake, but the best has always been homemade.

After many years of trying different recipes, this has become the one that is the best! Due to the extensive preparation time, he is limited to one per year, which works well since he only celebrates one birthday per year. 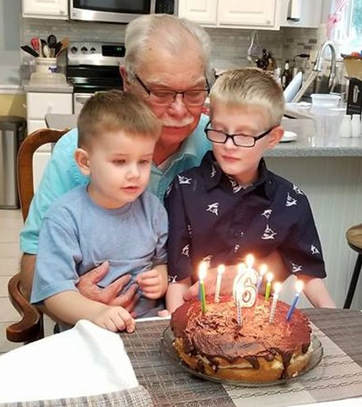