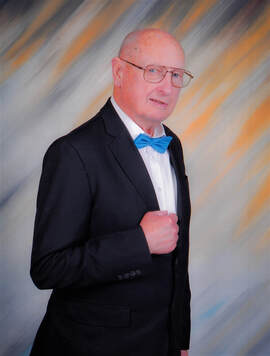 Glen was born June 7, 1929, in Wauwatosa, Wisconsin, to Glen and Irene Williams. He was baptized a child of God on June 22, 1929, in Milwaukee, Wisconsin. He renewed his Baptismal vow through the Rite of Confirmation at Zion Lutheran English Church in Detroit, Michigan.

He married Donna Mae Metcalf on March 11, 1950, and settled in Detroit, in a house Glen built. Glen supported his family as a bakery truck driver, a butcher and a “Party Store” owner. He enjoyed building and built his family houses in Union Lake and Davison, Michigan.

He was very active in The Lutheran Church-Missouri Synod, serving as an Elder, Bible class teacher, Prison Minister, and Visitation Assistant.

He loved his family and enjoyed spending time with them, especially at family get-togethers.

He was a loving uncle and friend and will be sorely missed.

Glen’s legacy is summed up in the words of Proverbs 17:6 English Standard Version: Grandchildren are the crown of the aged, and the glory of children is their fathers.