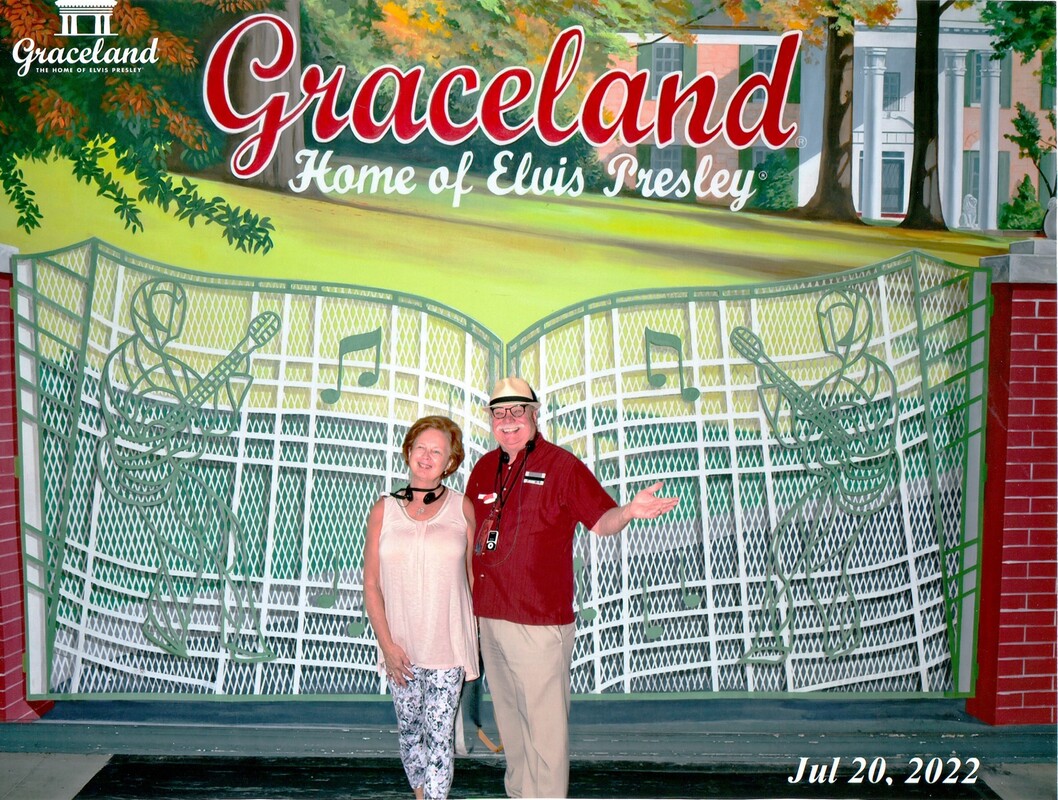 From his early stardom in 1957 to his death in 1977, Elvis made Graceland his personal oasis, and all of his original touches remain. After Elvis died in 1977, the home was opened to the public in 1982.

I was a fan of Elvis and wanted to see him in concert, but didn't have the money. When  the house opened to the public, I put visiting Graceland on the Bucket list.

I came close in the late 1980's when I travelled to Memphis witrh Bunny and two of our friends. After spending a weekend in downtown Memphis, I pre4vailed on them to drive to Graceland. We did, but couldn't afford the tour tickets.

In 2022, Carol and I toured the mansion. One hignlight for me was walking through his two airplanes!

It is said that the house is still very much as he left it. Very interesting. Very family friendly.

​The Planes at Graceland

Elvis owned more than 200 cars in his lifetime, as well as, numerous moyorcycles.

​These are the vehicles on display at Graceland.