On Saturday, September 13, Carol and Rich were enjoying our 6th of their 12 day Germany tour in Erfurt.

It was rainy and the cobblestone streets were slippery so that when Rich started to cross the street he slipped and fell pitching head first on the street.

His face and knee were scraped by the pavement, but his shoulder shattered when it rammed into the side of the tram rails.  Many passers-by moved him to the sidewalk from off the tracks  shortly before the train went over the spot were he fell..

Soon the ambulance took him to the German hospital and the tour manager met Rich and Carol at the emergency room to translate.

Carol stayed with Rich in Erfurt while he recovered.

Rich left the hospital on Thursday to join the tour in Berlin for the trip home. 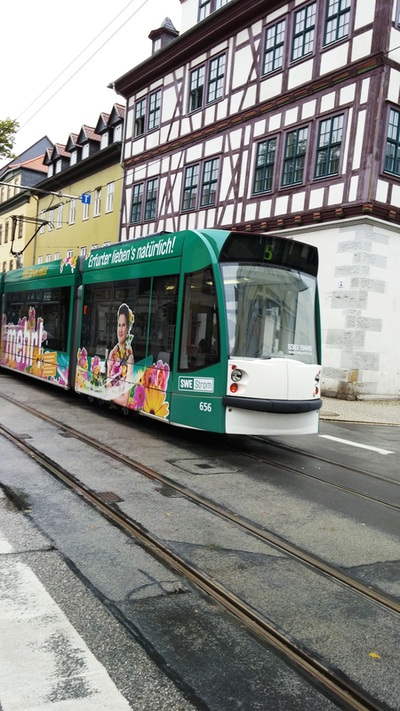 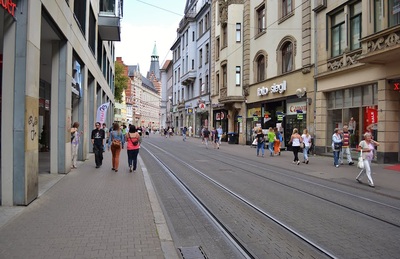 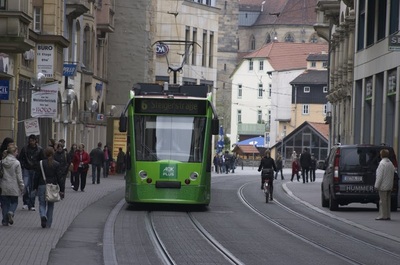 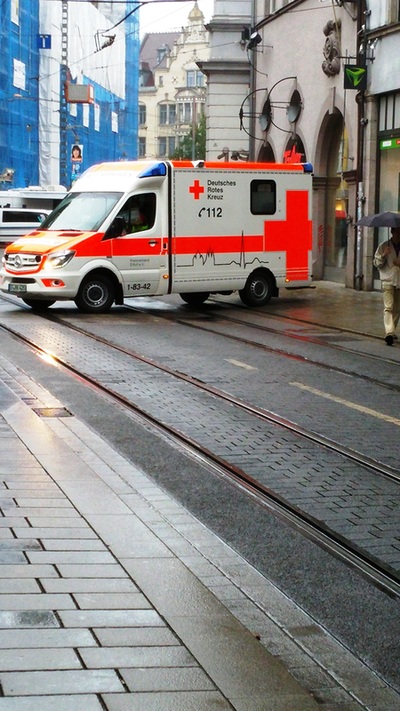 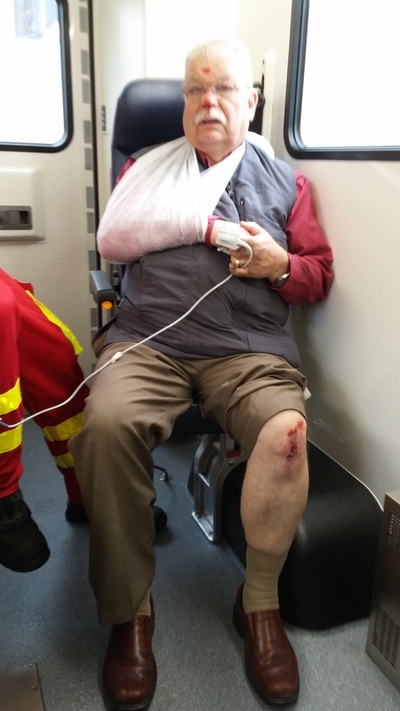 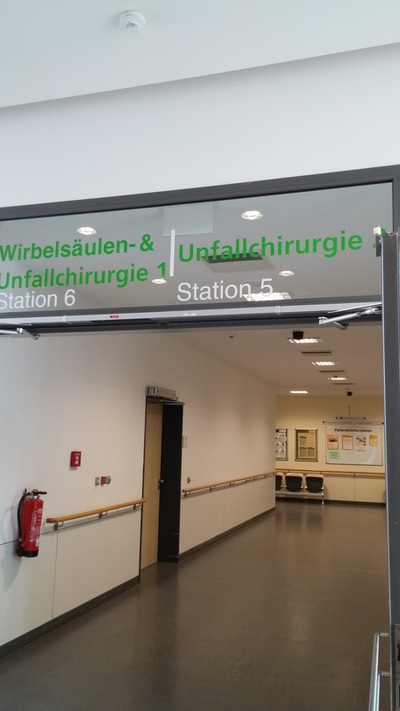 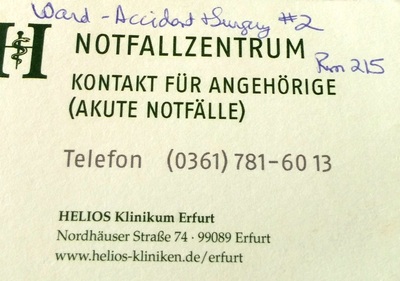 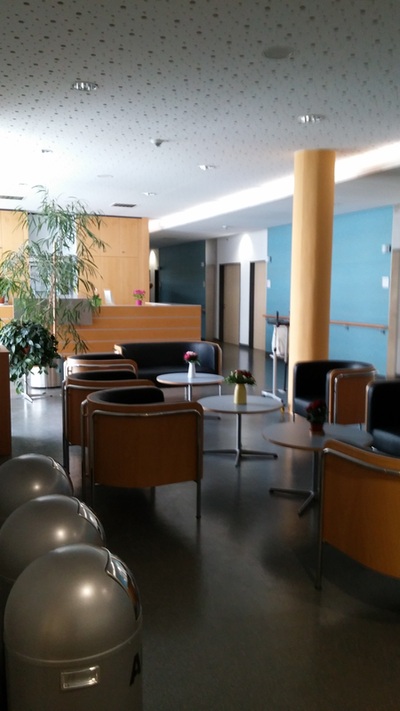 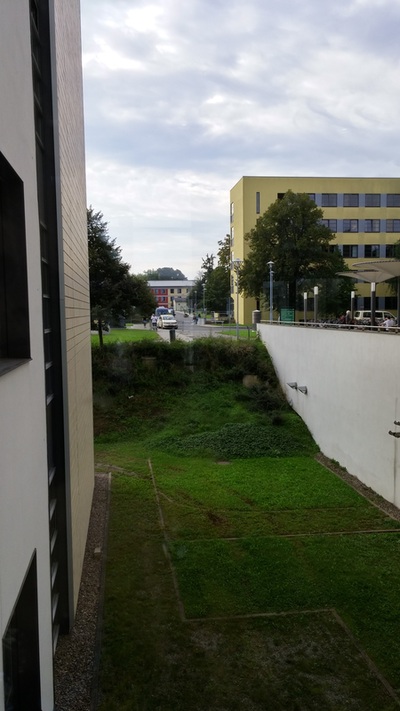 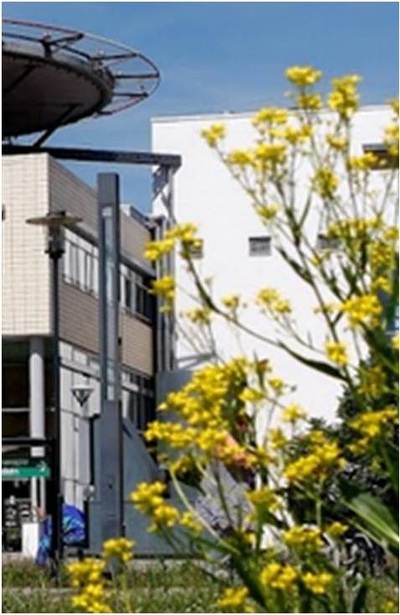 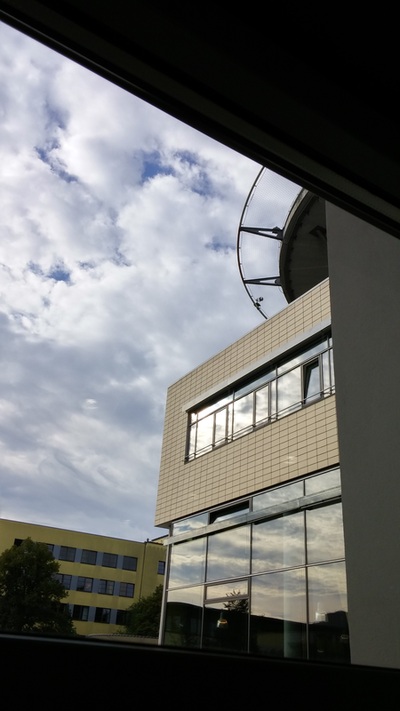 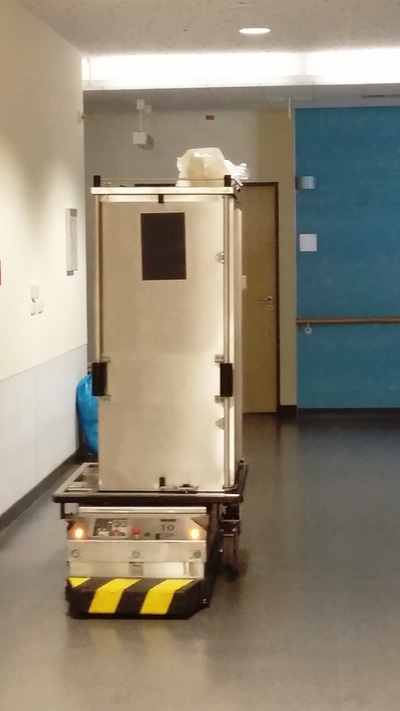 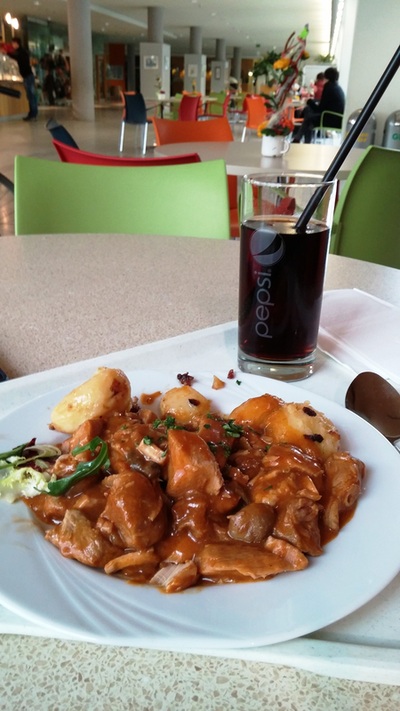 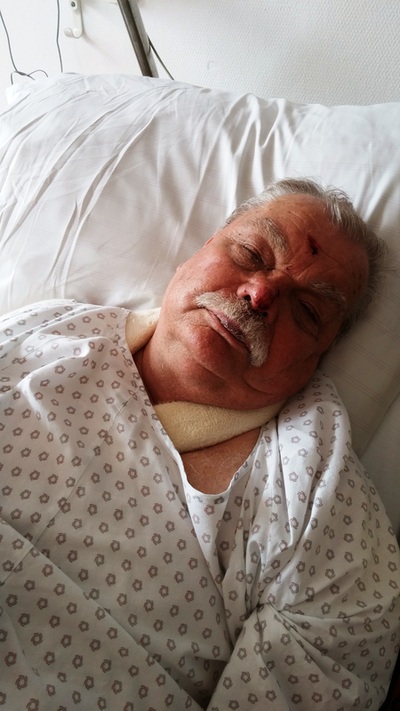 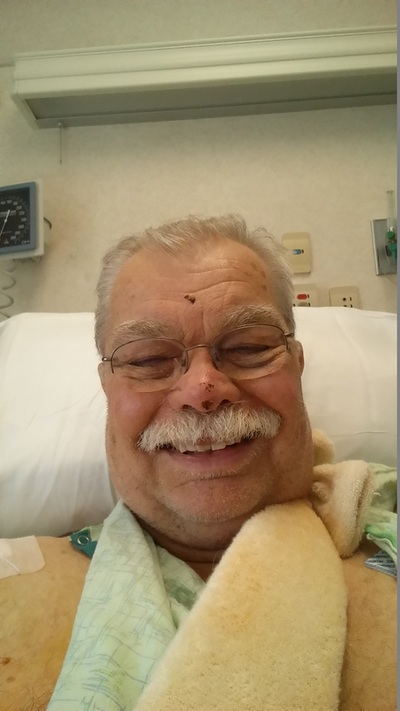