The Family Homes of Rich Cohrs 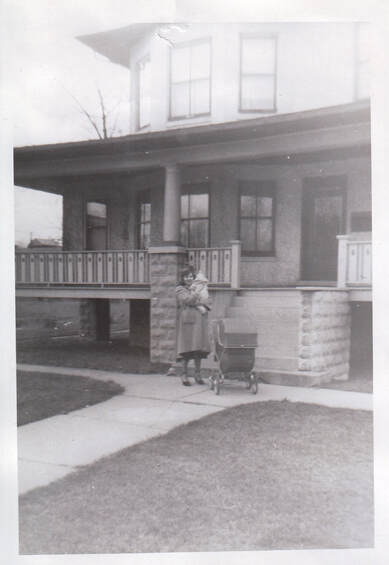 Dad had returned from the Army, married his high school sweetheart, Marjorie, and made a home at 1725 W. Madison Ave, Maywood, IL.

He rode the bus into the city each school day to earn a degree in accounting from DePaul University.

​On August 30, 1948, Richard Paul Cohrs was born and joined the family in Maywood. 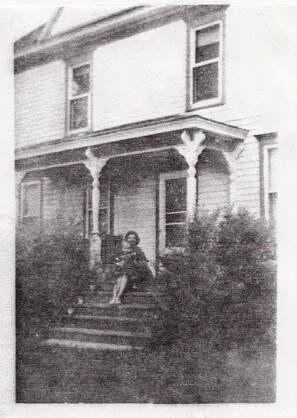 After graduation from DePaul, dad took a position as an accountant for Hawthorne-Melody Farms, owned by John F. Cuneo. Cuneo owned the dairy and an amusement park which included an Old West Twon, a zoo, and a small steam train.
​
​One of  the perks pof the job was living in the house located at the corner of Route 59A and Butterfield Road. This house was located opposite railroad tracks. Ricky used to stand in teh front yeard and wave at teh steam locomotive engineers as they passed. 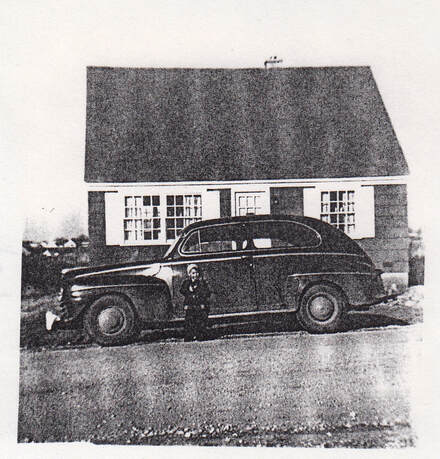 Dad had a disagreement over business practices at Hawthorne-Mellody and left to work in the Transit Pipe Division of Johns-Manville Corporation plant in Waukegan, IL.

He bought a new house at the corner of Morignside and Turnbull, Round Lake Beach, IL. 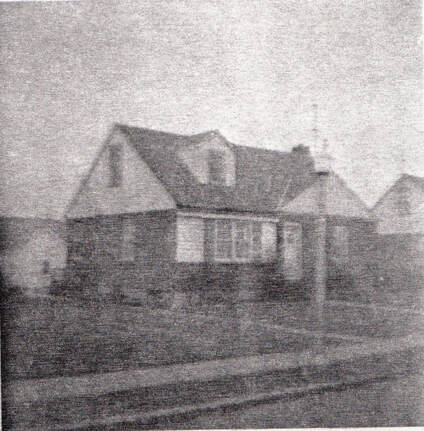 Dad's performance at JM was noticed and he was asked to joing the team at the World Headquarters Building, located at 275 Amdison Avenue, Manhatten, New York City.
​
Dad purchased a home at 209 W. Warren Street, Uniondale, Long Island, and rode the train into the city for work. 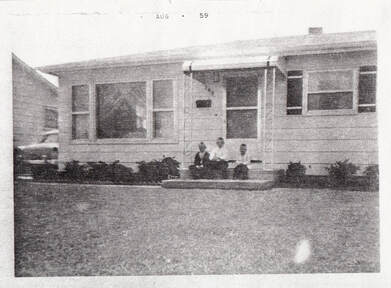 Dad grew lonesome for the rest of teh family living in teh Chacago area and asked to be transferred back to Waukegan.

The company granted his request and he bought a new house at 509 Bobbly Lane, Mundelein, IL.
​

Unfortunately those were trubulant times and the building was destroyed. Today there is just a parking lot were the apartment once stood. 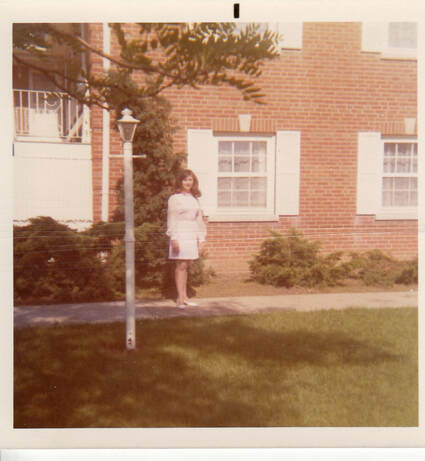 On Mother's Day, 1970, the building next to ours was deliberatly ser on fire. Numerous gunfights, stabbings, thefts, and now arson contributed to us moving that afternoon to be close to where Bunny received her first position as teacher for Zion Lutheran School, Hinsdale, IL. 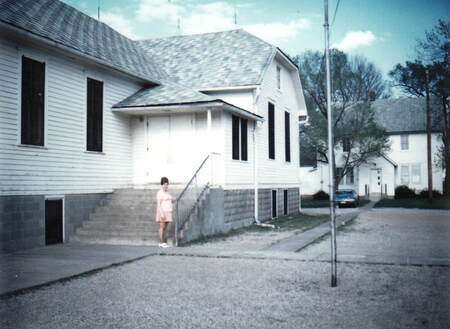 It was the plan that when Rich graduated, Bunny and he would be teachers for the Lutheran school in Papau, New Guinea. However, God had a different plan as they received a Call to be the teachers at a two room school in New Minden, IL.

They moved there and lived in the teacherage next to the school.

In 2022 Rich spoke at the St. John's 175th Anniversary and the congregation gave him a keepsake brick from the teacherage 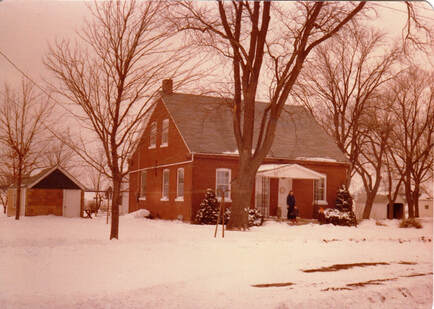 While at New MInden, Rich was instrumental in closing the New Minde school and reopening it as a consolidated school with the one in Nashville, IL.

Due to many issues involved in the consolidation, Rich was forced to take a Call.

He moved to the small community of Horse Prairie, IL. It was so small  that there was no Post Office and the mail identified the area as part of Red Bud, IL.

Once agian the family lived in the teacherage, this time next to the church. 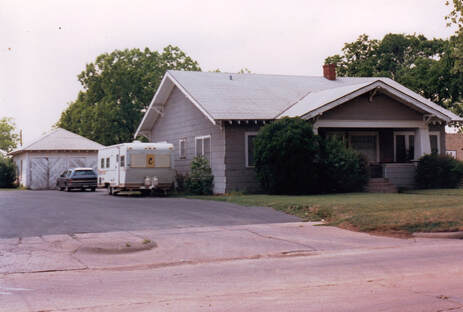 Rich's parents had moved to Littleton, CO and Rich's family wanted to be closer to the grandparents.

When an offer came for Rich to lead a school expansion project in Wichita Falls, TX, they saw this as an opportunity for professional growth and as a way to be closer to the grandparents.

Once again the famiuly lived in the teacherage next to the school. 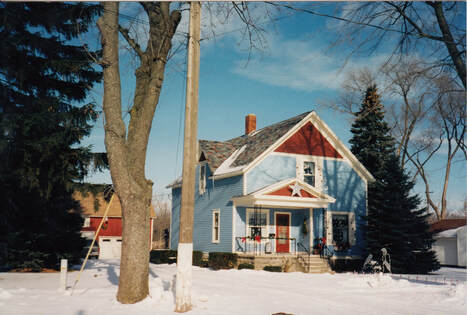 The school in Texas doubled in size when new leadership of the church questioned the amount of resources the school was taking. Rich was told that the school would soon be sold.

Before that happened he accepted a Call to be Tacher and Principal at Immanuel Lutheran School, Sebewaing, MI.

It was an opportunity for the family to purchase their first home, which they did. 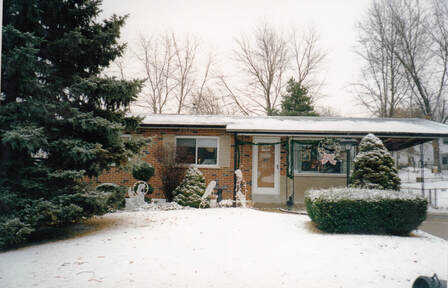 While at Sebewaing, Rich was offered a position with the International Lutheran Laymens League office in St. Louis, MO. 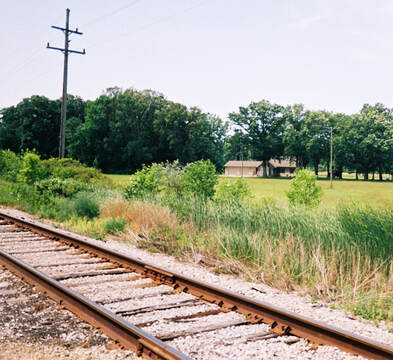 ​Rich's position with LLL was eliminated and he was put in temporary charge of a new division.

After that, Rich decided to return to a happier place, and took the Call extened to him by Immanuel, Sebewaing, MI.

He moved into a small house with lots of land and a railroad track in the front yard. 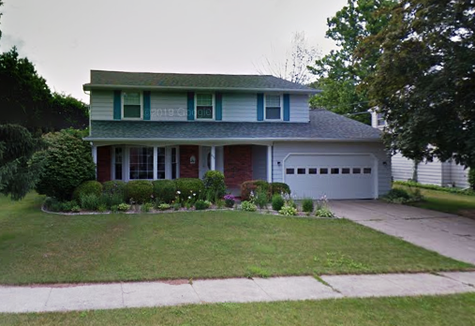 Because Carol was still working at the Michigan District - LCMS office in Ann Arbor, Rich needed to find a position closer to Ann Arbor.

There were no positions available, however, Our Savior, Lansing, MI, hired him as Principal. The commute for Carol was still long, but shorter than Bay Port. 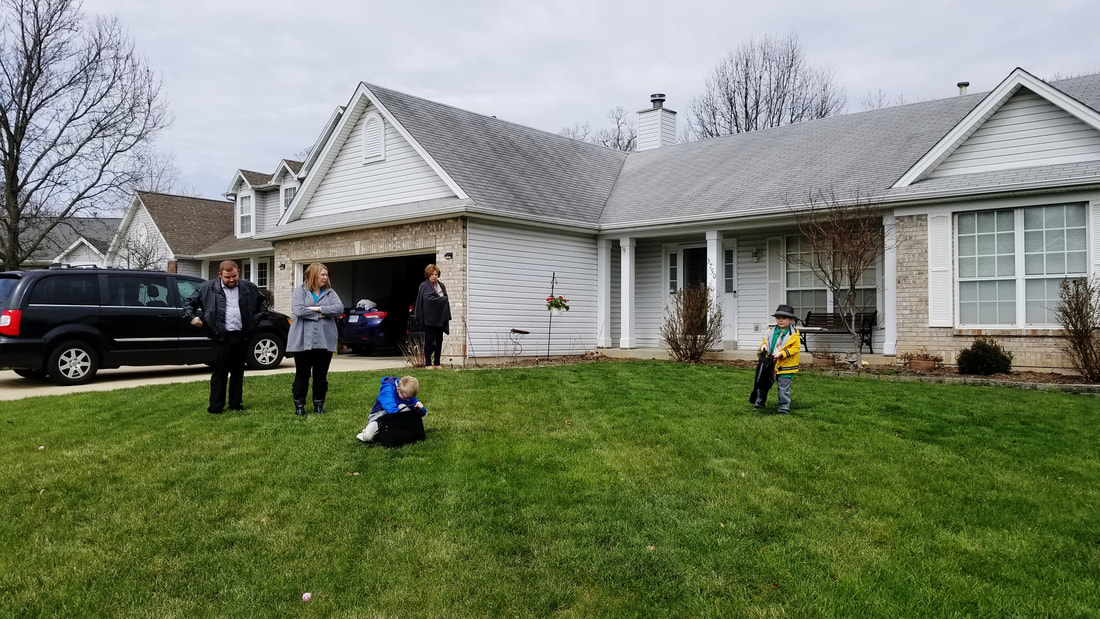 As it turned out, Rich has two major surgeries in two years which made it hard for him to function.

The leadership of the church and school decided to fire him from his position.

This turned into a blessing as Rich was offered a position back at the International Lutheran Laymens League as Manager, District and Congregational Relations. In this position he helped design and lauch the Men's NetWork, an extremely sucessful endeavor.