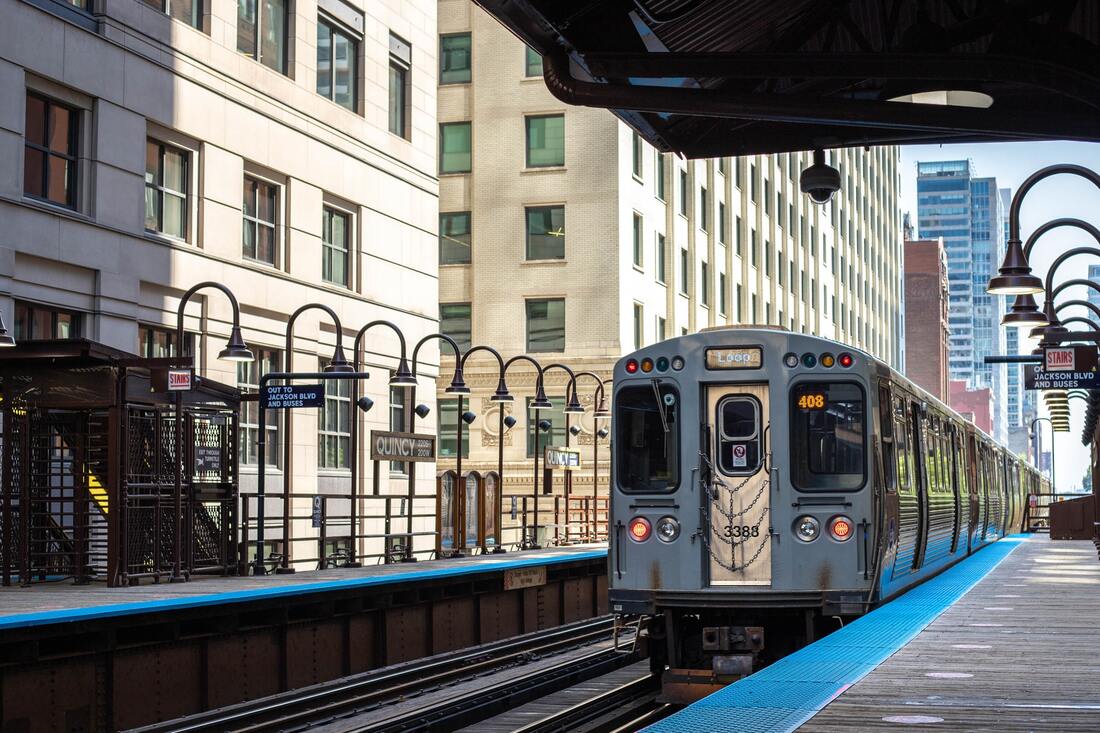 When Chicago officials were considering building a rail system, elevated tracks appeared to be the right choice, as subways were too expensive. And so the first 'L' train (then Chicago and South Side Rapid Transit Railroad) was built in 1892, and its inaugural journey took place on June 6, spanning 3.6 miles in 14 minutes.

At that point, the ‘L’ was just an ordinary steam powered train on raised tracks. That changed quickly with the invention of the third-rail electrical power system at the 1893 World’s Columbian Exposition in Jackson Park. The electric-powered train designed to transport guests around the fair was, remarkably, the first instance of the very same technology used on the Chicago 'L' today and around the world.

As a student, Rich rode the Lake Street El Train from Oak Park, Illinois, to downtown Chicago and back. It cost $.25 for a one-way ride and went from Oak Park to the Loop and back again.

El Train - Then and Now

We were able to ride a 1960 era El Train at the Museum of Trasportation, later we went to Chicago and took a video of a modern day El Train