The phone rang at 6:30 AM to get us up for the day. The phone sounds different from our familiar ring. We dressed and went to the dinning room for breakfast. A buffet was waiting for us including scrambled eggs, hard boiled eggs, olives, fish, fruit, rolls, French toast, cereal and milk, tomatoes, cucumbers and much more. We had no trouble finding great tasting food. We boarded the buses at 8:00 AM. The day was sunny and warm, we didn't need jackets.

We drove towards Bethlehem along the border between Arab Jerusalem and Jewish Jerusalem. Jerusalem is divided between the two groups. Along the way we viewed the wall built by King Herod to fortify the city.

Jerusalem is built on seven hills with three major valleys. We drove over the bridge crossing the Valley of Gehenna. This is the valley that the used to burn the city garbage long ago. Because the fires of Gehenna never stopped burning, it became a living picture of hell.

We had to cross though an Israeli checkpoint in order to enter Bethlehem. Bethlehem is separated from Israel because it is in the country of Palestine. We were stopped by armed guards and then waved through without any problems.

We parked and walked up the hill to the Church of the Nativity. This church was first built at the end of the 4th century by Queen Helena. She searched for the original spot were Jesus was born. Her church was destroyed. The Emperor Justinian rebuilt the church on the site in the 6th century. In 1099 the Crusaders came to the area to find the true cross. The Crusaders came from England, France, Italy, Spain and Germany. In order to represent the countries, they designed a special cross with four small crosses around a central cross. This cross became known as the Jerusalem Cross. A mosaic in the floor of the church they found inspired this design.

The present church is divided among three denominations (the Greek Orthodox, the Armenian Church, and the Roman Catholic.) Each denomination governs a part of the total church.

Inside the church are columns and large areas. Mosaics on the wall show the story of the birth of Jesus. The story is told that when the Persians came to destroy the church, they saw a picture of the Magi on the wall and spared the church, since the Magi came from Persia.

We saw the mosaics, heard the chanting and smelled the incense of worship. We then entered a small doorway to walk down into a cave. The stable that Mary and Joseph rested in was a cave. The cave was under the house and provided shelter for the cattle. We viewed a small grotto that had a star in the floor. Tradition says that is the spot where Jesus rested after He was born. It is commonly believed that the spot may not be the exact spot where Jesus was laid, but that Jesus did lay in a manger within yards of this spot. It was very humbling and emotional to stand on the land that our Lord and His family walked.

We then went for a shopping excursion. There were lots of vendors on the street selling Olive wood mangers, hats, flutes, beads and handbags. The store offered beautiful Olive wood carvings, gold and silver jewelry and Mother of Pearl items. All of the items in the store were hand made in the town of Bethlehem.

We drove to Christmas Lutheran Church. The roads were so narrow that we had to walk blocks in the old town of Bethlehem. The outdoor markets were set up and offered food, shoes, jewelry, and many specialties. We saw baskets of doves and pigeons for sale.

We toured the International Center at Christmas Lutheran Church and learned about the school and outreach of the church. The church was started in 1854 and the school started in 1860. Today there are about 250 members in the church and 270 students in the school. The school is called "House of the Word." The school offers grades Kindergarten - Grade 12. The school body is predominately Muslim, with 57% of the students. The remaining 43% of the students are Christian, with 10% of these students being Lutheran.
The school curriculum is built on five principals “Christian values, Creativity, Communication, Commitment, and Critical thinking."

We ate a wonderful lunch at the St. Georges Restaurant. Our first course was salads, followed by Beef and Lamb Ka-bobs. Dessert was a "melt in your mouth" pastry. Coca-cola products were provided.

We drove to the "Shepherds' Field“ the place where the shepherds were watching their flock when they heard the news of the birth of Jesus. Rev. Klaus recorded his Christmas sermon as we watched. He sat in the area were the shepherds rested. It was very inspiring and moving to hear his sermon and realize that others before us heard the Good News at the very area we sat. (You can listen to his sermon on the Lutheran Hour on Christmas Eve 2005.)

A quick drive by the Herodian - the fortress that King Herod built, followed. His fortress is built inside of a mountain. The fortress was built so that anyone looking at it would think it was just a hill. His soldiers could then surprise any enemy walking up the hill.

We left Bethlehem and returned to our hotel for a great dinner of beef and chicken. The question was asked, "Does it snow in Bethlehem?" The answer is, "Yes."

Tomorrow we look forward to a change in plans, we will visit the Mount of Olives.

The children here are fun and full of life. The mothers walk the streets shopping for their family and the men look for work. The streets are narrow. There were very few beggars, but lots of vendors.

It was a day of strong emotions and thankfulness for the birth of Jesus - our Savior. 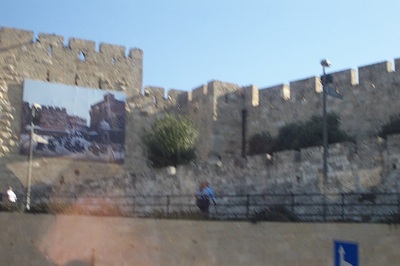 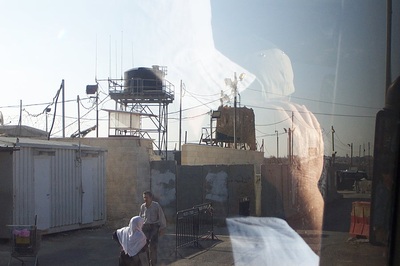 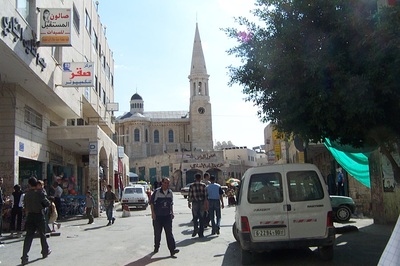 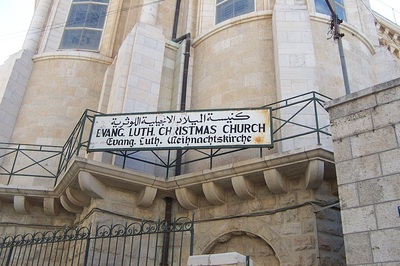 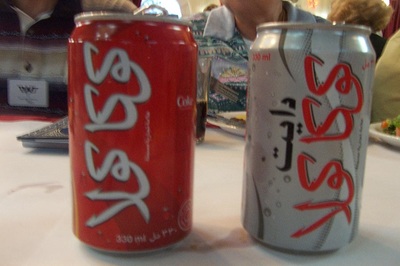 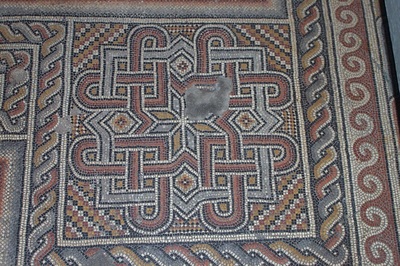 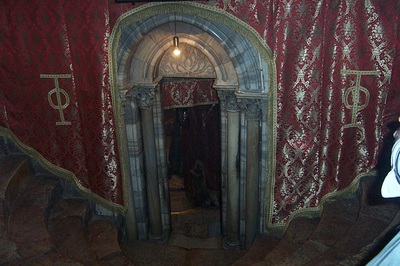 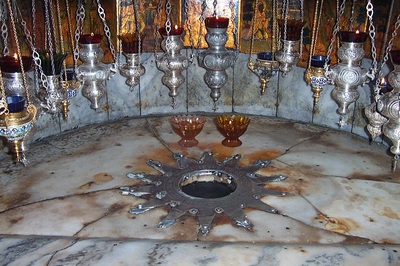 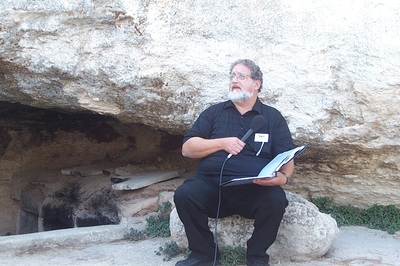 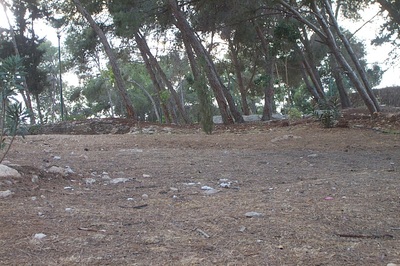 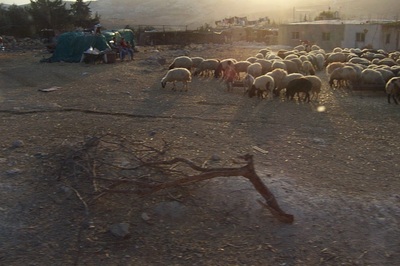 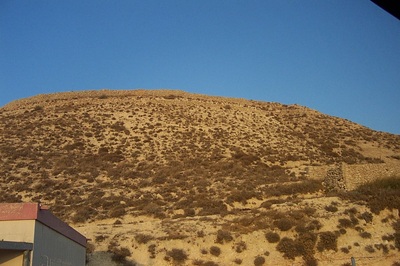