Ride in a PT-13 Stearman

When I was in early elementary school, we lived on Long Island across from Mitchel Field. Mitchel Field was being used as an Air base and I would spend many hours watching the jets take off and land.

One day I saw the movie Spirit of St. Louis starring Jimmy Stewart, From that day on, I was fascinated by the biplane that he purchased to learn to fly. Over the years I had a dream to someday fly in an open-air cockpit biplane, similar to the ones used by the Air Corps to train pilots.

My opportunity came on September 1, 2022, when we flew to Niagara Falls to attend the CAF AirPower History Tour. As part of the day, Carol purchased a ride on a PT-13 Stearman for my birthday present.

Needless to say, I was super excited.

The experience of being in an open-air cockpit, wind whipping fiercely around my head, silk scarf flapping in the breeze, looking down at the Niagara River, Fort Niagara, and Lake Ontario (with a clear view of Toronto across the lake) was an exhilarating experience that will long be treasured.

They Call it the Pilot Maker...

Officially Named the Boeing Model 75, This Plane is Almost Universally Known as the "Stearman." The Army Designated it the "PT," the Navy the "N2S", and the Canadians called it the "Kaydet." By Any Name, it is Recognized as the Quintessential Primary Trainer for American Aviators in World War II.
​
The U.S. Army Air Corps First Ordered the Model 75 in 1935, One Year After the Stearman Aircraft Company of Wichita, Kansas was Acquired by Boeing. This Two-Seat Biplane Incorporates Wood-Framed Wings With Fabric Covering and a Fuselage With Welded Steel Framework, Also Fabric Covered.
​
In 1940, with War on the Horizon, Production Ballooned With 3,520 Aircraft Delivered in That Year Alone. Other Than Engines, There is Little Difference Between the PT-13/N2S-2 (Lycoming R-680), the PT-17/N2S-1 (Continental R-670) and PT-18 (Jacobs R-755) Models. Production Ceased in February 1945 for an Airplane Considered Rugged, Relatively Forgiving, and Overall, an Excellent Trainer.
​ 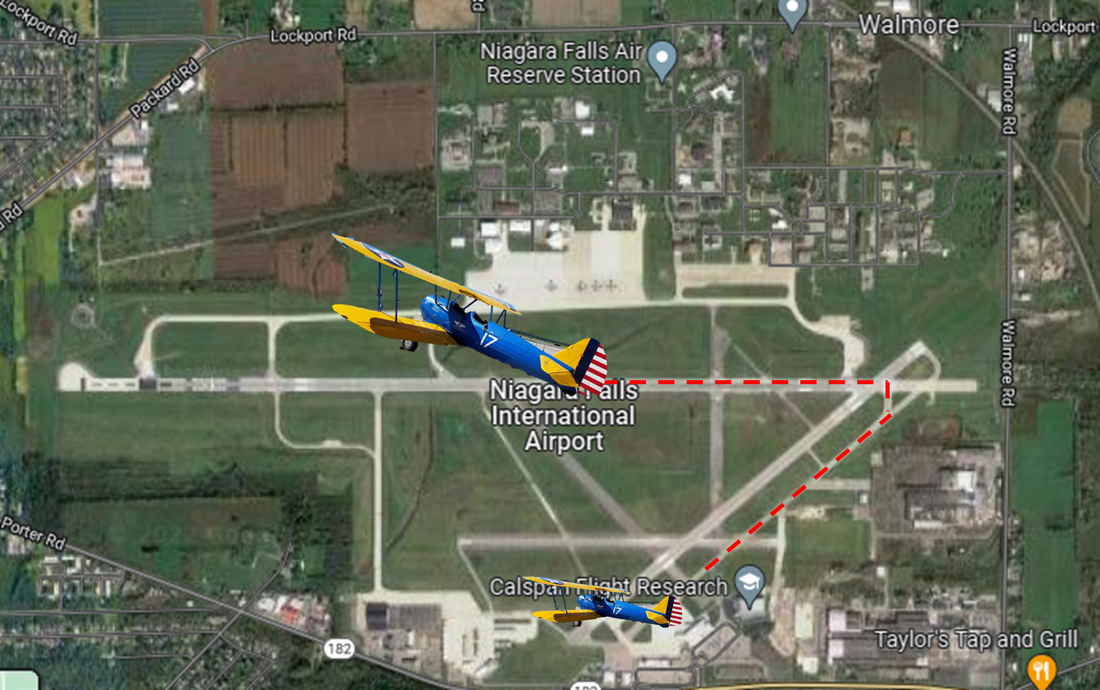 The plane was parked in front of the Niagara Niagara Aerospace Museum.. We boarded the craft and taxied on Delta until we help at Runway 28R.

We had to wait for two tankers from the New York Air National Guard unit to land in front of us. The jets were low, large, and loud.

​We then took a left hand turn and proceeded to take off. 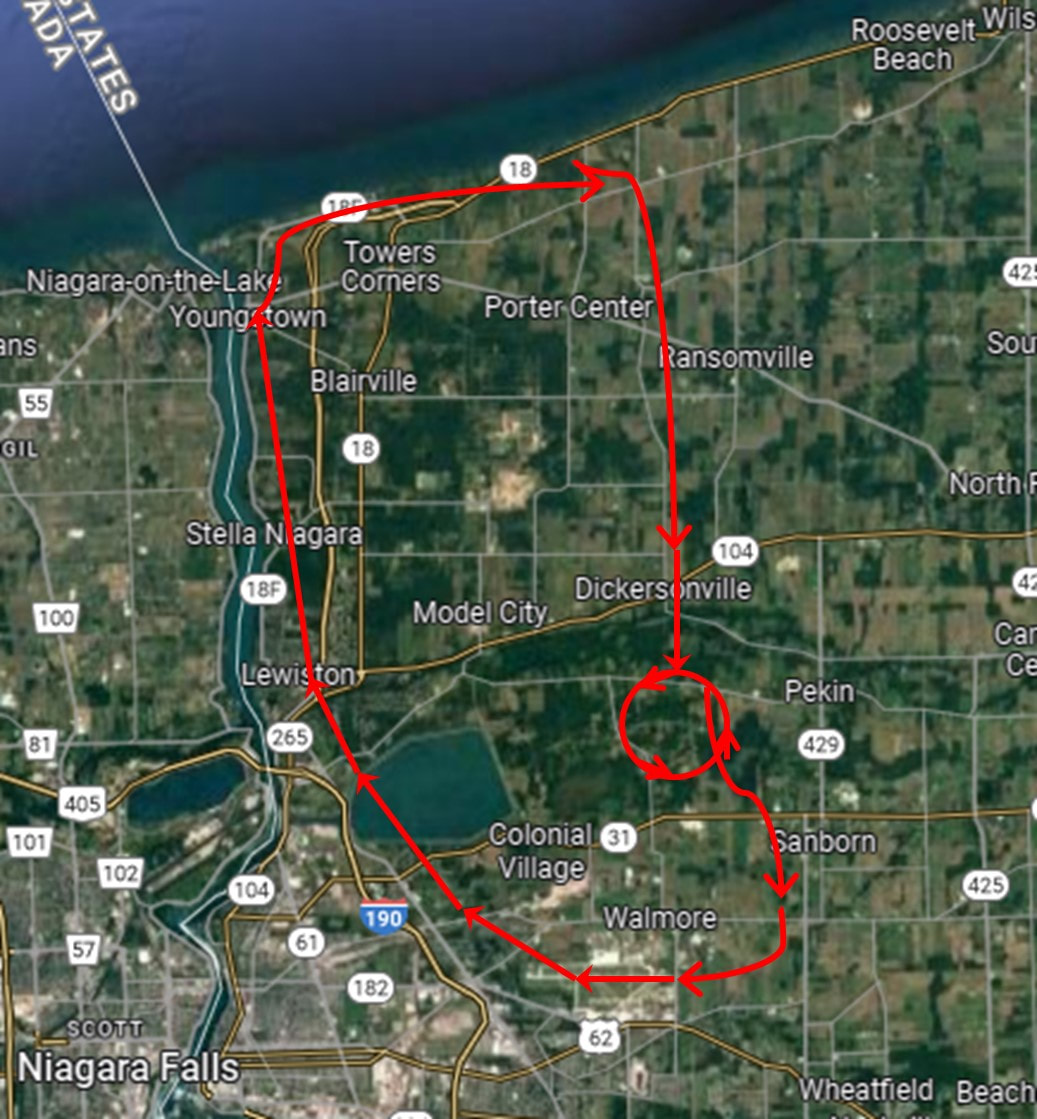 After takeoff, we took a right-hand turn and headed for the dam and power plant in the Niagara River. We could see the mist from the Falls as we took our right-hand turn.

We then followed the Niagara River north to Lake Ontario. As we took a right hand turn to follow the lake, I could see Fort Niagara at the end of the river and Toronto across the lake.

We reached a cruising altitude of 2000 feet, followed the lake and then took a right hand turn to head back to the airport.

As we called in range, we were told we were number 3 for landing and would have to make a 360 degree turn to give time to approaching aircraft to land in front of us.

The tower called that we were cleared to land on 28R from the east, but asked if we could turn around on the landing strip and head quickly to our taxiway.

We did (smoothest landing ever) and the tower thanked us for the "Giddy Up."

It was a most awesome ride!