Performers for the airshow inculded: 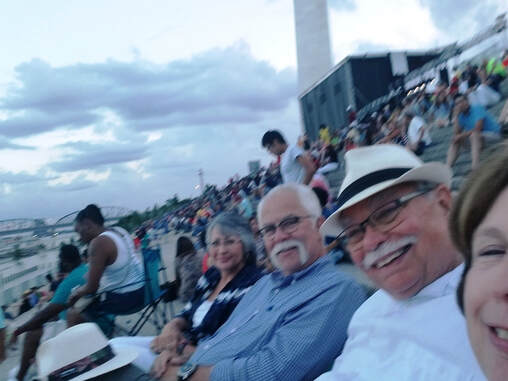 The Fair St. Louis fireworks take place over the Mississippi River behind the Gateway Arch.

People come from all over the United States to views this pectaular celebration of America's birthday.

We had seats up close to the river.

The Jefferson Barracks Telephone Museum is housed in a beautifully restored 1896 building and features an extensive collection of telephones, telephone-related equipment and memorabilia.  The building is on the National Register of Historic Places and is located in the 426-acre historic Jefferson Barracks Park, a 15 minute drive south of downtown St. Louis. You can visit their website at www.jbtelmuseum.org/.