We landed in Tel Aviv and cleared customs at 4:30 PM, local time. We landed in terminal 3, which was opened only two days before we landed. It was very clean and neat. It was in the mid-60's (Fahrenheit) and felt good. We boarded the bus for Jerusalem with our guide, Peter.

We arrived into the outskirts of Jerusalem at 7:10 PM. The city is built on the side of hills. The buildings are all built out of Jerusalem limestone. The streets are narrow and there are many people waling the streets. There are about 600,000 people in the city. There are about 10 million people in Israel and the West Bank. We will be traveling only in the safe parts of the country.

We are staying at the Olive Tree Hotel in Jerusalem for five nights. When we arrived a hotel employee greeted us with a tray of orange and grapefruit drinks that made us feel welcomed. The hotel is not old but it is designed to look like an old Jerusalem fortress. The hotel rooms look just like hotel rooms in America but the channels on the television are mostly in Hebrew. (There are three English channels we can understand!) After being in our hotel room for 15minutes the electric power has gone out three times, the people at the front desk of the hotel say that's normal.

We will meet at 7:00 PM for dinner. We thank everyone for their prayers.

Tomorrow we head to Bethlehem for the day! 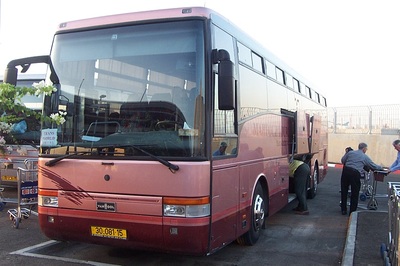 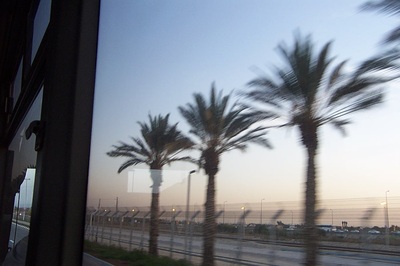 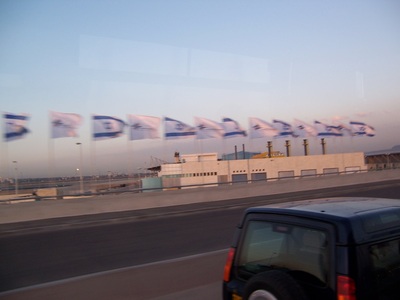 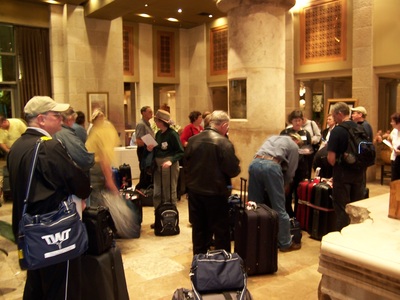