Carol - A Gift From God 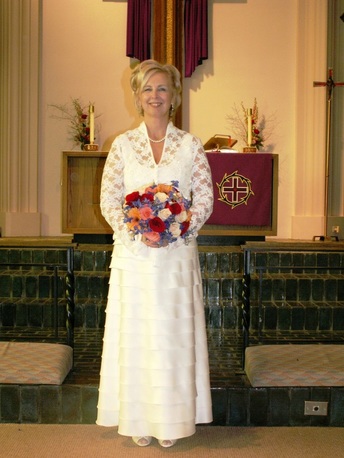 God had given to me a very unexpected gift. I first met Carol when I was appointed to the Stewardship Committee of the Michigan District – LCMS. She welcomed me with a smile.

Over the years we continued to meet at the District office. We became friends.

After Bunny was called home to heaven, I was again appointed to a District committee. As I was thinking of attending the meeting, I was wondering if Carol would have dinner with me. One thing I do not like is eating alone.

I called and invited her. She said, “Yes, I would love to have dinner with you.”

Soon I was thinking that this could be a date. I made elaborate plans for dinner and a play, all without her knowledge. A good friend suggested that I tell Carol that it would be a date.

I called her and left a rambling voice mail message indicating that we were going on a date.

We did and have been “dating” ever since.

In the words of my son Russell, “Dad, God knew that you would need her in your life now, so He introduced you back then.”

Yes, I thank God for His gift to me – Carol Cohrs – my wife.