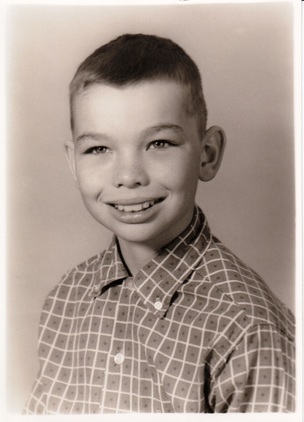 I was given the name, Richard Paul Cohrs.

My dad was Richard Frederick Cohrs. Since I was the oldest son, I was given my dad’s first name, as was the custom of the times.

But my parents didn’t want to raise a “Junior,” so I was given t he middle name Paul, maned for my Godfather and my dad’s brother, Paul Otto Cohrs.

I soon had the nickname, “Ricky.” I was Ricky before “Little Ricky” was born to Lucille Ball and Desi Arnaz, 5 years after I was born.

I kept Ricky until I entered high school, when I dropped the “y” and became Rick.

I became Rich when I entered college. I am Rich to this day, but will always be Rick to my brothers.

I did have the nickname “Chi-Chi Mouse” in high school. This came about when I started playing golf. I took the name from the famous golfer “Chi-Chi” Rodríguez. The
mouse was added due to the number of toy mice I would buy at the Lake Forest Oasis (over the Tri-state tollway.)

I would wind up the toy mice and set them across the green to determine the path for the putt.

​In my senior year in high school I was known as “BFC” – Baby Face Cohrs, due to my small size and baby face.