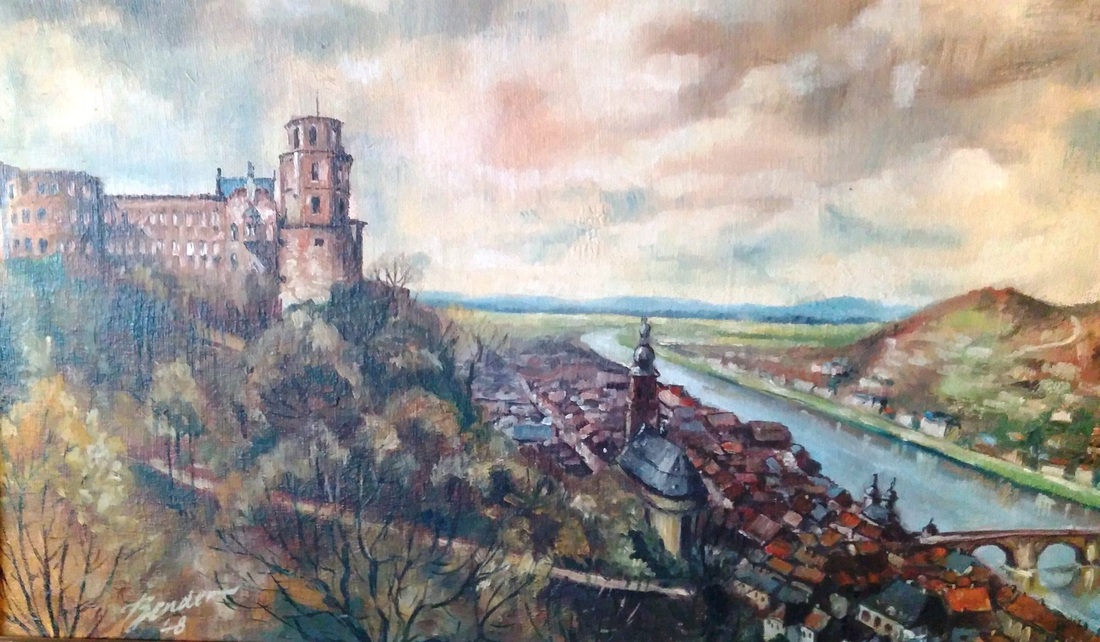 This oil on canvas painting was painted by the German artist Bender in 1948.

PFC Richard F. Cohrs was stationed in Heidelberg, Germany at the end of WWII. Conditions for the citizens of Heidelberg were harsh, with shortages of food, building supplies, etc. The American Army had sufficient provisions for all the soldiers. Private Cohrs met and befriended a local man named Bender, giving him food, provisions, etc.

Mr. Bender was very grateful for all of the help Private Cohrs provided and wanted to express his thanks in a tangible way.

Mr. Bender asked Private Cohrs for his US address, something frowned upon by the military. If a German citizen had an American’s address, that citizen could apply for emigration status as a friend. Thus the Army discouraged providing US addresses.

In spite of this, Private Cohrs gave Mr. Bender his home address.

Private Cohrs returned to the US after the war and settled in Melrose Park, Illinois, never hearing from Mr. Bender.

In 1948 Mr. Cohrs received a package from Germany – it was an oil painting of Heidelberg painted by Mr. Bender.

​Mr. Bender apologized for the delay in sending the thank you, explaining how he had to search for a suitable canvas for the painting. (If you look closely you can see repairs made on the canvas – Mr. Bender explained that after the war there was a shortage of canvas for artwork, in that the available canvas was used for reconstruction. He found this piece and repaired it as best he could for his work.)
​ 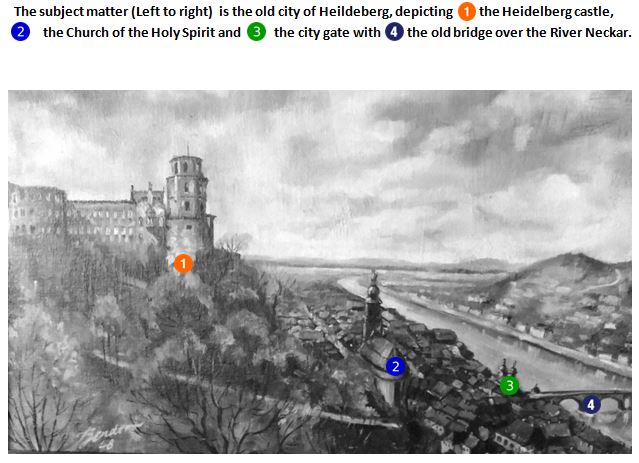