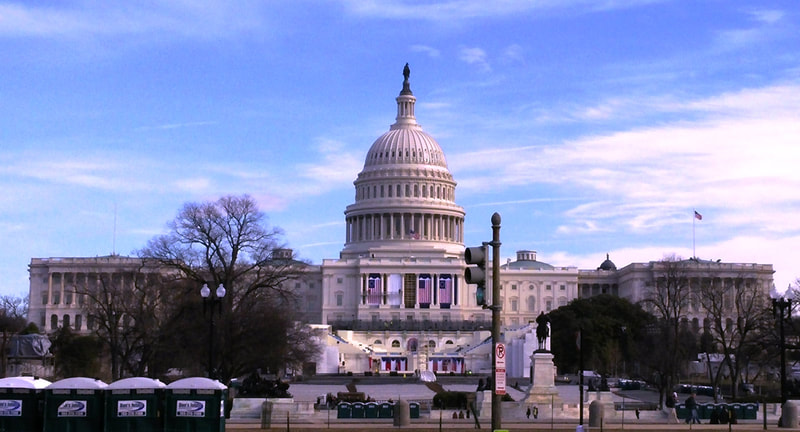 Richard and Carol flew into Baltimore and took the Amtrak train to Washington DC for a day visit Each had visited the city before, but they never were there together.

They walked from Union Station to the Lincoln Memorial, stopping for short visits at two of the Smithsonian museums: National Air and Space Museum and National Museum of American History.

They were able to visit the Korean War Memorial and the Lincoln Memorial.

They visited on January 13, 2017, and the Capitol was in the midst of preparations for the January 20th Presidential Inauguration. Workers were constructing scaffolds and screens across the length of the National Mall. The city was preparing for upwards of 800,000 people for the event.

Richard and Carol are looking forward to a return visit.​

Richard and Carol returned to Washington DC in February, 2017.

This time they were able to tour the Library of Congress, The Supreme Court and the Capitol. They were also able to get as close as possible to the White House.