The phone rang at 6:15 AM for our last morning in Jerusalem. We left our suitcases outside the door and headed downstairs for breakfast. By the time we finished our meal the luggage was loaded on the bus. We boarded the bus to drive to Qumran. The morning was sunny and very comfortable, mild temperatures and a slight breeze.
We passed the same sights as we did when we traveled to Masada since Qumran is located between Jericho and Masada.

We drove into the parking lot at Qumran. This is the site of the finding of the Dead Sea Scrolls. Qumran was a community of Jewish scholars that lived in the desert at the time before Christ. These scholars secluded themselves in order to study. They built elaborate quarters, complete with kitchens, baths and living quarters. One of the major parts of the community was the Scribe's room. This was a room outfitted with a low, long stone bench and stools on which the scribes would write on parchments. They recorded three types of writings; Apocryphal writings, copying the Bible (Old Testament), and recording the teachings of their Rabbi. They would store their writings in large pots and store them in caves. They called themselves the "Children of Light" but we call them Essenes. No one has lived at Qumran for more than 1,900 years. In 1947 a young boy was herding a flock of sheep and one of them wandered away. He left the flock and searched for the lost sheep. He heard a noise from a cave and threw a rock into it to protect himself. He heard a sound like a pot being broken. He crawled into the cave and discovered scrolls that dated from the time of the first century. Today theses scrolls are known as the Dead Sea Scrolls and provide the earliest written record of the Old Testament. All the books of the Old Testament are represented by these scrolls except for the book of Esther.

After our visit we headed north. On the way we passed large herds of goats, sheep, and camels being herded by Bedouins. We also passed a dairy farm with a herd of Holstein cows. There were also turkey, chicken and duck ranches. This area is very fertile and has large groves of banana trees, date palms and vineyards. There are many springs that provide water for this area.

We passed by Samaria and the location of Jacob's Well. This was the site of the story of Jesus and the woman of Samaria. Further north we passed by Mount Gilboa. This is the mountain on which Saul and his son Jonathon were killed by the Philistines. There bodies were taken by his enemies to the ancient city of Bet She'an but they were recovered by the Israelites to be buried with honor.

We drove into the new city of Bet She'an on our way to visit the old city. Bet She'an means, "City of Rest." The ancient city dates to the year 5,000 BC and was built by the Canaanites. Over the years many civilizations came to the area and built their cities on top of the ancient city. Today we can find 15 separate layers of civilizations.

Excavations have uncovered a complete Roman city. The city was a major hub in the time of Rome. There were shops, a two lane highway, bath houses, and public toilets. The amphitheater seated over 7,000 people. It was very interesting to be walking on a road that was built over a thousand years ago. No one has lived in the part of Bet She'an that we visited since a large earthquake in the year 749 AD.

We continued north to the Jordon River. We ate lunch at the Yardenit (Jordon River) Restaurant. We ate the St. Peter's fish. This traditional meal is said to be the same type of fish that Peter ate when he was a fisherman in the area. The fish was served whole on the plate. The eyes, tail and bones were all part of the fish. It was very tasty. For dessert we had a strawberry whipped parfait and coffee.

Outside the restaurant we walked down to the Jordan River, very near to the traditional site of the baptism of Jesus. We walked into the water. It felt cool and refreshing. The river is very narrow and not at all what we expected.

We then headed to the Mount of Beatitudes - the mountain on which Jesus preached His Sermon on the Mount (Matthew 5-7). It overlooked the Sea of Galilee and was very peaceful and quiet. The architect Antonio Barlucci built a prayer chapel there. It was designed in the shape of an octagon to represent the eight Beatitudes. The wind came up and cooled us down. Some waves were seen on the Sea of Galilee. It was very moving to be at the spot where our Lord healed and preached.

We went down the mountain to the city of Tiberius and our hotel - Caesar Tiberias Resort and Hotel.

The weather continues warm and sunny. It was interesting that we had a short rain shower while we were eating lunch. It was a very peaceful and emotional day. 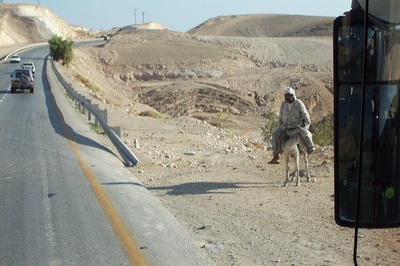 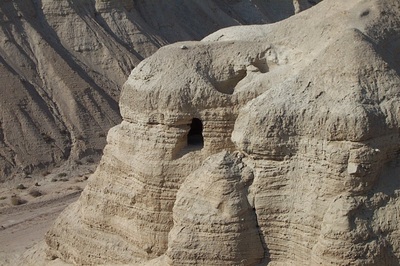 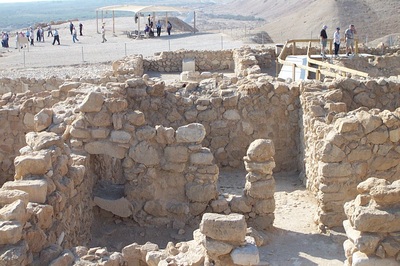 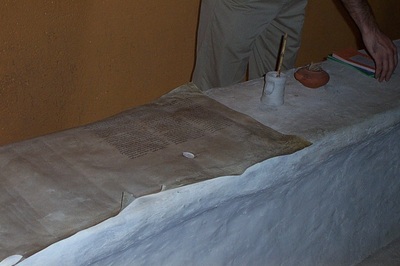 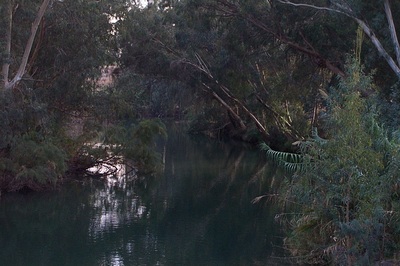 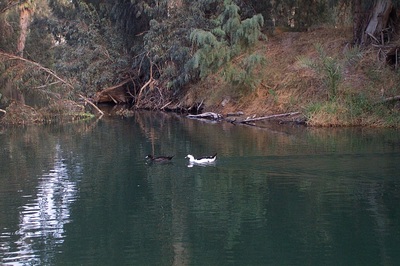 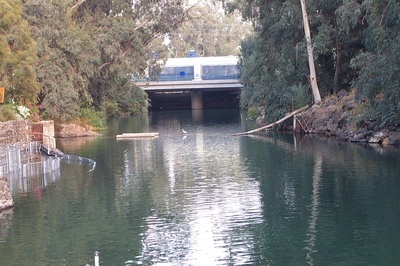 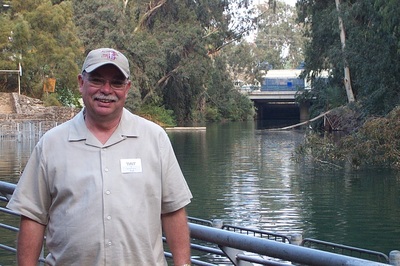 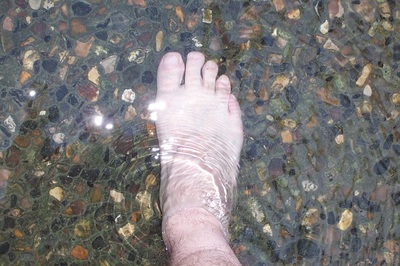 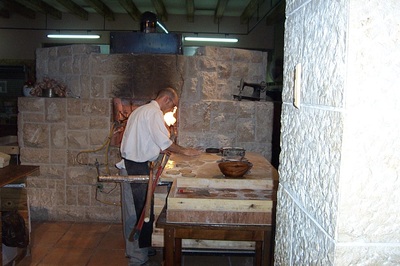 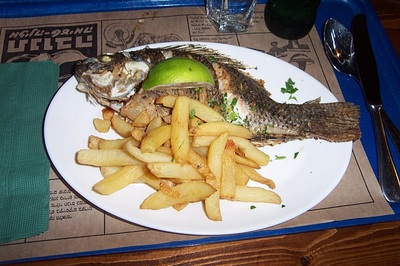 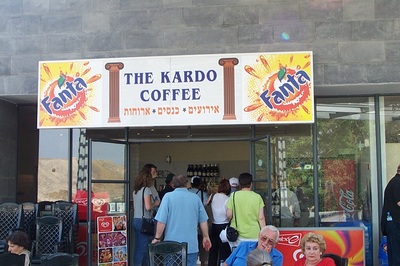 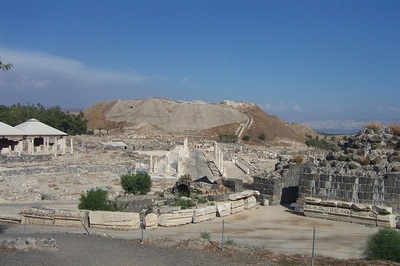 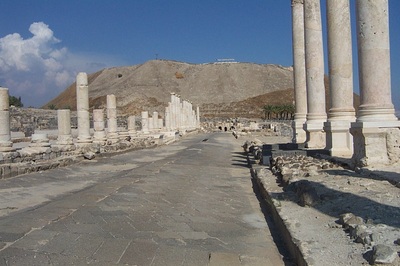 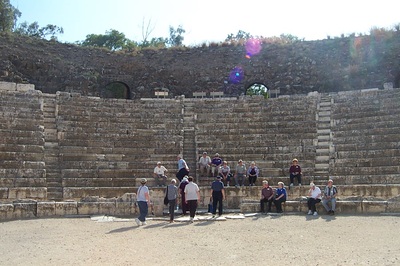 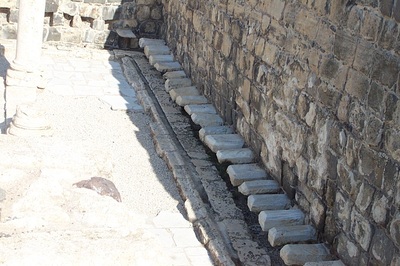 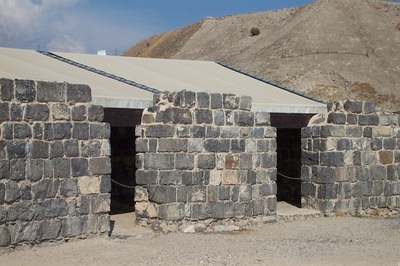 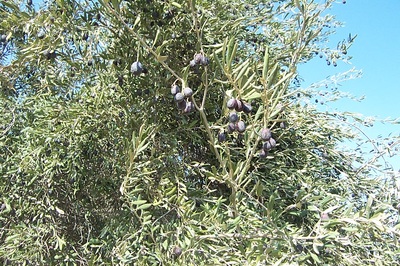 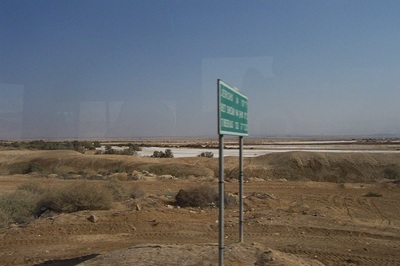 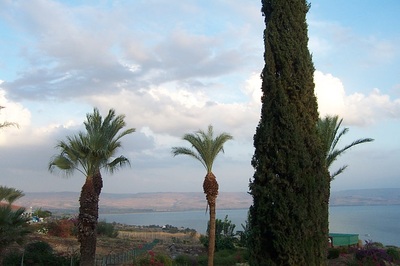 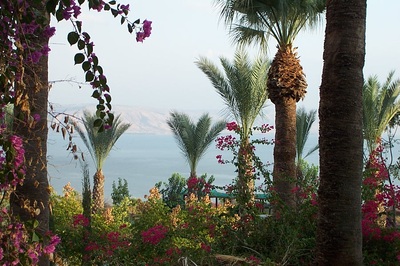 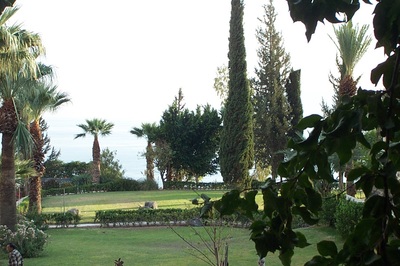 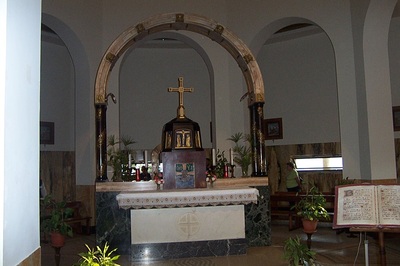 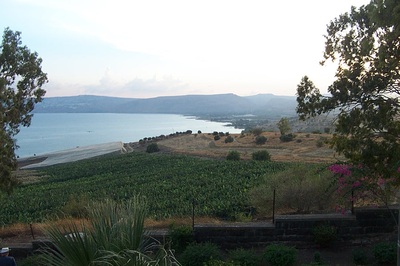