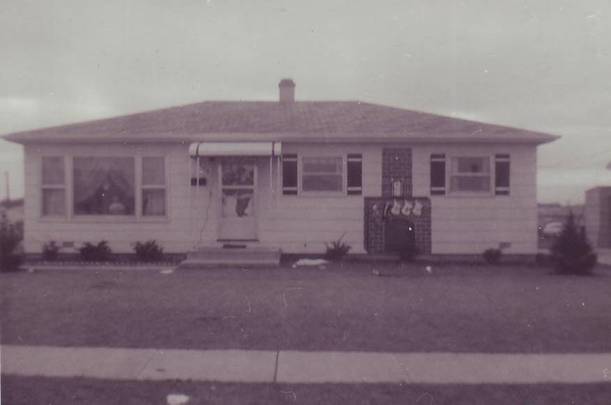 When I was growing up we would attend Christmas Eve service. When we returned home it was time for the boys to get ready for Santa’s visit.

We washed up, put on our pajamas and set out milk and cookies for Santa to have as a snack for his long night of hard work.

Mom and Dad would tuck us in, hear our prayers, admonish us that we couldn’t get up before the sun and that we must get some sleep. As they left they made sure the bedroom door was closed tight.

I would toss and turn most of the night, sleeping fitfully, for I was determined to hear Santa’s reindeer prancing on the rooftop.

Once I thought I heard Santa as he set out the presents under the tree, but then I figured it couldn’t be him for he sounded a lot like dad and used the same language dad did when things were not going quite right.

On Christmas morning one of the three brothers would be brave enough to get out of bed and wake the rest. We would then walk into the Living Room and stop in awe as we saw brightly wrapped presents piled all around the tree.

We would tip toe to our stockings and check the contents – that we were allowed to do without the parents. Fruit, candy and small toys would tumble out of the stocking as we dumped it all over the floor, being careful to make lots of noise to wake up mom and dad.

Once mom and dad entered the room we were allowed to open our presents.

We would tear into the packages as we received them from dad, throwing the bows, ribbon, tags and paper all over the Living Room floor. It was the one day of the year we were allowed to make a great big mess.

Each present would be admired, properly given its due, and then we would tear into the next one.

After all of the presents were opened, we cleaned up the discarded gift trappings and gathered our presents into a pile we could savor.

Most years we would choose one special gift and take it with us as we headed to our beds for a nap before church.

I was very blessed and received many presents each Christmas, however, a few stand out:

1.  The all-time favorite was my BB rifle.

I had been hinting for one since before Thanksgiving. I subscribed to Boy’s Life, the magazine for Boy Scouts and would tear out the ads for BB rifles to leave around the house – on dad’s dresser, mom’s kitchen counter, behind dad’s razor and tacked up on my bulletin board.

When one is ten, one can never leave enough hints, especially at bedtime, for my prayers entreated our Heavenly Father to intervene and make sure I received a BB rifle.

When I opened the rifle, all other gifts were ignored. I used that rifle for many years and never did shoot my eye out  or my brother’s either.

I was not expecting one, but when I opened the box my heart was captured, for I would be able to listen to my favorite radio station, WLS out of Chicago and no one would tell me to turn the channel.

The morning I opened this present we had been up very early – like 4:30 AM.

So when the Christmas present ritual was over, I took my radio, clipped the antenna to the mattress springs, put the ear piece in and fell asleep listening to WLS.

The radio served me well until I received a turn table that played 33 ½’s, 45’s and 78’s. Then I would go to the record store each weekend to buy the latest 45 hit.

It was a way to be my own Deejay.

I was very young when I received a Lionel Train set for Christmas. I remember setting up the track, carefully placing the engine, coal car, box car, flatbed, and caboose on the track, making sure each car was coupled correctly to the next.

I wrapped the wires from the track to the transformer, plugged it in and moved the handle. The drive wheels would start to turn and the engine pulled away, headlight shining and smoke pouring out of the smokestack.

I slowly pushed the handle on the transformer – watching the train go faster and faster.

I still can smell the odor of the transformer as electricity coursed through it, powering my train around and around.

Then, invariably, one or more of the cars would derail as I called for more speed.

I would unplug the transformer, reset the cars and start all over.

That started my love of trains that lasts to this day.

After the presents were opened, wrappings cleared, naps taken, we would get dressed for visits to the family.

We would visit each grandparent, receiving a present from each visit. It was from my grandpa and grandma Colburn that I received one of my train sets.

We always had a meal at each grandparent’s house – either dinner or supper.

Sometimes the aunts, uncles and cousins would be there. We would spend lots of happy times playing with the cousins.

Each year mom and dad would decorate the house in a Christmas theme. One tradition was our tree.

The family would climb into the 1952 Ford and dad would drive us to the tree lot. We would spend hours looking at each tree; the boys always wanted the tallest tree, mom the fullest and dad the easiest to decorate.

After many discussions, the perfect tree was discovered, wrapped and tied to the top of the car.

Dad would then untie the tree, saw off a piece of the trunk, and place it in a bucket of water. He would tell us that the water would be absorbed by the tree, saving it from losing its needles too soon.

Once the tree had drunk enough water, dad would bring out the tree stand and place it in the floor in front of the picture window.

He would bring the tree into the house, place it in the stand and ask us to hold it as he stepped back to make sure it was standing perfectly upright.

Once absolute vertical was accomplished he would turn the screws on the stand, holding the tree secure.

That was our signal to disappear.

He then would take out the strings of lights, testing and replacing each burnt out light. We would watch from afar as he wound each string with precision, making sure every part of the tree was illuminated.

Once the lights were perfect, he would call us in to help with the ornaments.

Each ornament was unwrapped from its storage paper, handed carefully to one of us and placed strategically on the tree branches. We would be very careful, for the ornaments were very fagile.

Once we reached our height limit of placing ornaments, we would watch as mom and dad finished decorating the top of the tree.

Then came the most tedious task of all – hanging the tinsel.

We were each given a handful of the lead strings of tinsel with the admonition of, “One string at a time.”

For the most part we started out laying each individual strand of tinsel carefully on the tree branches, making sure the strand draped evenly and was not too close to an adjacent piece.

However, that soon became boring. As boys we wanted to be done with the task, so we snuck in two or three strands together – then we took to throwing the tinsel at the tree and watch it lay across the branches.

Soon clumps of shinny strands would mar the beauty of the tree.

We were then banned from further tinsel hanging, which we didn’t mind at all.

The two final pieces of the tree decorations were the angel on top – placed by dad as he stood on his step ladder, and the manger scene laid out under the tree. The boys would set out the manger scene, supervised by mom.

When all was done, we would spend many an hour admiring the most beautifully decorated tree in the neighborhood.

Each year dad would string lights around the outside of the house, shinning forth the Christmas spirit.

One year mom and dad constructed a huge fireplace to hang on the outside of the house, complete with stockings hung by the chimney with care.

Dad illuminated the scene with a spotlight.

The decoration was unusual enough that dad won a prize from the Village of Mundelein for one of the best decorated houses.